“Art of the State
A Juried Exhibition of Colorado”

“Every three years, all 10,000 square feet of the Arvada Center Galleries is filled with a celebratory survey of the incredible diversity, quality, and depth of work from Colorado Artists. Art of the State 2022 continues the legacy as a juried exhibition showing off the powerful scope of contemporary art from across the state.”

“U OK? is an exhibition featuring works from artists across the Front Range of Colorado whose pieces speak to individual coping and communal perseverance in the wake of physical, spiritual, and mental burnout. The exhibition captures the emotional residue that seeped out from our past year together through works that are emotive, absurd, humorous, heartbreaking, and hopeful”.

In celebration of Asian Pacific Heritage month, which is recognized annually in May, Artworks Loveland is presenting an exhibition of work by artists who identify as Asian American / Pacific Islander. “In light of the current socio-political climate surrounding anti-Asian hate crimes, this group show aims to not only provide a platform for AAPI artists, but also serve as a form of community building around collective grief and the amplification of AAPI voices. This exhibition will showcase the work of artists who primarily live and work along the Front Range.” 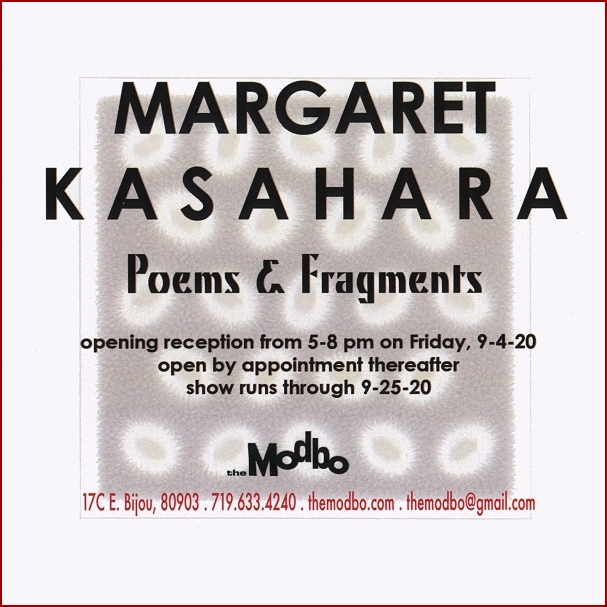 The opening reception is from 5 pm until 8 pm on Friday, September 4th. During opening hours, guests must wear masks inside the space, and will only be allowed in a few people at a time. The show runs through Friday, September 25th. In addition to the opening reception, the gallery is open by appointment or via personalized FaceTime tour. The Modbo is located in the Arts Alley in downtown Colorado Springs at 17C E. Bijou. Find the stretch of Bijou that is between Cascade and Tejon, and go south down the alley. Street parking is available, but The Modbo recommends the lot on Cascade just north of Bijou, which is only $1 after 3 pm. The Modbo can be reached at themodbo@gmail.com, themodbo.com, or 633-4240.

“The View From Here”

The Arvada Center for the Arts and Humanities
6901 Wadsworth Boulevard, Arvada, Colorado 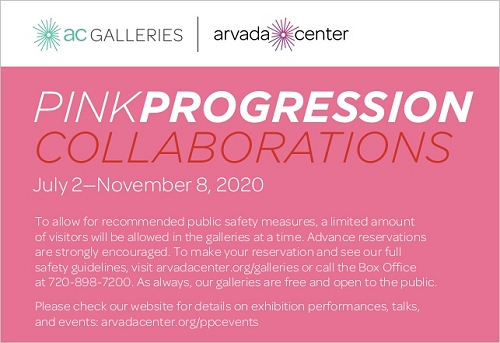 “Pink Progression: Collaborations takes over all three of the Arvada Center’s galleries in a spectacular celebration of the 100th anniversary of the passage of the 19th Amendment, guaranteeing and protecting women’s right to vote. The exhibition recognizes consecutive dates in which all women received the right to vote in America. The artist collective Pink Progression rose out of the 2017 Womxn’s March to inspire social change and explore ideas of feminism, equality, inclusivity, gender identity, unity, and community through creative expression. For Pink Progression: Collaborations, creatives fused their narratives into multi-dimensional works, ranging from site-specific installations video, performance, and traditional fine arts.” 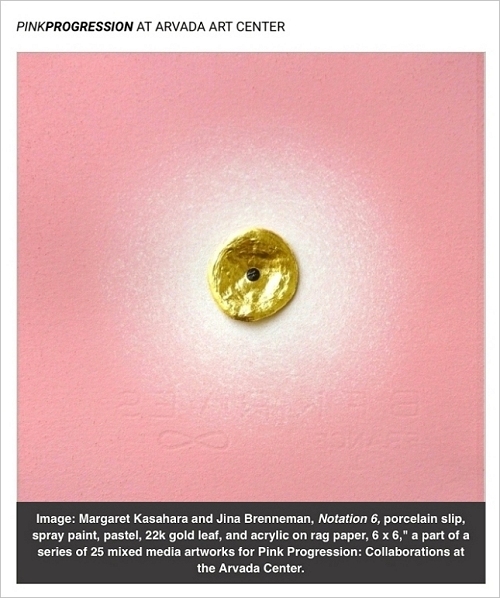